Natural resources are ever more contested – be it land, forests, minerals, water or pastures. From Papua New Guinea to Brazil, from Kenya to the Middle East, peasants, pastoralists, indigenous people, or urban dwellers, but also political and economic elites, claim access to these resources. Global climate change has furthermore strong effects on the availability of renewable resources, as do various kinds of land, green or even blue grabs and increasing population growth. How do these conflicts arise, how are they pursued, and how can they be solved – these are some of the key questions of our new blog.

Conflict about natural resources is not inevitable. There may be functioning state or non-state systems that regulate the access, distribution, and usage of natural resources in fair and sustainable ways. Yet, in many instances around the world natural resources are heavily contested: We witness encroachment, dispossession, migration, and many forms of collective action. The latter includes everyday resistance in rural areas, land occupations, organized and often NGO-based advocacy politics, non-violent demonstrations, revolutions, riots, and even armed insurgency. These actions  often span from the very local places where the natural resources can be found along production chains, political structures, and activist networks to the national and transnational level.

Our blog “Resources and Conflict” (R&C) aims to contribute to understanding the complexities of conflicts evolving around renewable and nonrenewable resources. Accordingly, we are interested in the actors, motives, structures, norms, values, discourses, governance schemes, and interactions behind resources and their role in conflicts. We adopt a broad understanding of conflict. It is played out in institutionalized politics, local everyday resistance, organized protests, advocacy work, riots, armed insurgency, revolution, and so on.

R&C offers a platform to present and discuss new ideas and empirical as well as conceptual findings within the conflict and natural resource field. In addition to this, we also publish reviews of recent journal articles and edited books. Thereby, we give an opportunity and hopefully an inspiration to discuss and further research the vital issues at the resources-conflict nexus.

The Blog is linked to the working group “Nature – Resources – Conflicts” of the German Association for Peace and Conflict Studies (AFK). While our working group is based mostly among young scholars from political sciences in Germany, we invite internationally renowned as much as emerging scholars from all disciplines and all regions of the world to share their work and perspectives on resources and conflict. Furthermore, we welcome practitioners from civil society and government agencies, political decision-makers, and activists from social movements to share their experiences, make their concerns heard, and bring unresolved questions to public attention.

Each contribution is reviewed by the members of our editorial board (see below).

If you want to contribute yourself, read our information on how to submit an article. Always feel free to contact us about contributions or other ideas regarding the blog and topic!

We look forward to groundbreaking blog articles and vivid discussions!

Members of the Editorial Board

My name is Anne Hennings. I am a visiting researcher at the Heinrich Böll Foundation in Phnom Penh in Cambodia and a PhD candidate at the Graduate School of Political Science at the University of Münster in Germany. I am also the co-founder and speaker of the working group “Nature, Resources, Conflict”.  My research focuses on the micro-politics of contested land deals and its repercussions on post-conflict dynamics. I have conducted ethnographic field research in Cambodia and Sierra Leone. 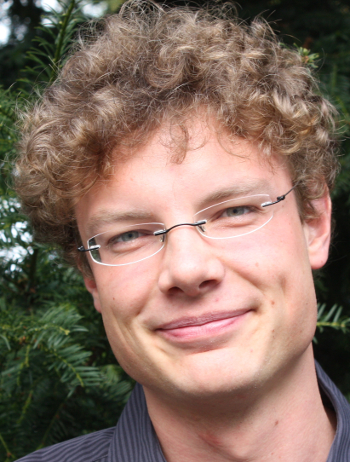 My name is Janpeter Schilling. I hold a Klaus Töpfer Junior Professorship for Landuse Conflicts at the University of Koblenz-Landau in Germany. I am also associated with the peacebuilding organization International Alert in London and the research group Climate Change and Security at the University of Hamburg, where I received my PhD in Geography in 2012. I am particularly interested in conflicts over renewable and non-renewable resources and how these are influenced by global processes such as climate change.

My name is Tobias Ide. I am coordinating the Research Field Peace and Conflict at the Georg Eckert Institute of International Textbook Research. At the moment, I am on leave for a Research Fellowship at the University of Melbourne. My research interests include the links between climate change, natural disasters, resouce scarcity and conflict, dynamics of environmental peacebuilding and peacemaking, and environmental discourses. I conducted fieldwork in Israel and Palestine.

I am Jan Sändig. I am a research fellow working on local and transnational mobilizations against Land Grabbing at the Collaborative Research Center “Threatened Order – Societies under Stress” (CRC 923), University of Tübingen. My research interests are on intra-state armed conflict (civil war, terrorism, ethnic and religious violence), non-violent contention and social movements, development cooperation, and Peace-Building. I am focusing mostly on Subsaharan Africa. Also, I am the webmaster of the R&C blog.