Questions arising from the phenomenon of the “global land grab” have been shaping the agendas of NGOs, World Bank conferences and academic seminars for about a decade. The publications dedicated to this hot topic are nearly uncountable. This ongoing discussion about a seemingly new wave of large-scale agricultural investments by international companies in countries of the Global South poses several methodological and conceptual challenges for scholars. Basing on the results of my PhD research, this article invites to reconsider the hype on “land grabbing” as a public problem which is constructed on different levels.

Scholars doing research on land deals are confronted with several challenges: For a start, they have to deal with an extremely heterogeneous literature on land deals crossing disciplines, professional areas (academic, activist, media, etc.) and target countries. The researcher has to justify why a further contribution to this abundant literature is relevant. The methodological flaws and challenges of research on “land grabbing” have been addressed by several authors questioning the “killer facts” (Oya, 2013: 1534) about the tremendous extent of such land deals (Locher, Sulle, 2014; Edelman et al., 2013). However, the question of how to define and quantify land deals covers only one part of the methodological discussion.

I really, you know, do not see this interest and concern and the statements that have been made about land grabbing. Because what bothers me is generalisation. The globalisation of the word land grabbing. People try to apply it in each and every country, it becomes like Coca Cola [laughter], you see?*

An even more significant question is how the phenomenon of land grabbing – also referred to as “land rush”, “investor rush”, “scramble for land” or less connoted as “land deals” – has established itself as an internationally relevant research object. In fact, international land deals have been attracting scholars and experts not only from within the target countries but especially from abroad. In my research, I argue that the international hype on land deals reflects the construction of a public problem. Therefore, land deals have to be considered within their specific social, political and historical context. Most of the scholars have been focussing on the processes and actors shaping the negotiations of the land deals. The social construction of “land grabbing”, its meanings and transformations over history in national or local contexts have so far been neglected by the literature (Schlimmer, 2017).

In order to fill these analytical gaps, I suggest to apprehend the “global land rush” as a relevant study object for scholars doing research on the circulation and the translation of global public problems (Ollion, Siméant, 2015 ; Thivet, 2012; Stone, 1989). By unbundling “land grabbing” as a constructed public problem scholars can provide new insights into the politics of land deals (Gusfield, 1980; Felstiner et al., 1980). Analysts of public problems generally study the competition between a variety of stakeholders for the definition of social issues and its transformation into a public concern. More or less powerful groups of stakeholders (so-called advocacy coalitions) which defend the same values and ideas on a specific issue emerge and compete over the meaning of a problem and its inclusion on the agenda, for instance of national governments or international organisations (Sabatier, 1988).

In the case of the international debate on “land grabbing”, two advocacy coalitions are dominant. On the one hand, some investigative journalists, members of NGOs (such as Action Aid or Oxfam), transnational peasant networks (such as La Via Campesina) and networks of activist researches on the international level contribute to the definition of land deals as “land grabs”. Their discourses reflect, more or less directly, the urgency of fighting against dubious investment projects. On the other hand, there are experts of financial institutions or think tanks and government agents who contest and recast this discourse in terms of agricultural investment and development opportunity. They thereby convey the need of “responsible” or “sustainable” investment projects in order to fight against poverty by exploiting economic resources. However, these divergent perspectives on land deals are not just coincidental. The members of those coalitions are driven by economic and political interests and ideologies which are reflected in their discourses.

However, international stakeholders are not the only group of problem entrepreneurs (Neveu, 2015). I argue that the “land grabbing” issue is captured and translated by national and local actors against a particular political, cultural and historical background. The role of the land question in the nation-building process, the evolution of local land regimes and historical land conflicts are some of many variables which can explain the specific meanings of “land grabbing” in different national or local contexts. For instance, in Kenya, the notion refers to confiscations of public lands by members of the political elites for their personal interests or for redistributive politics (Klopp, 2000; Boone, 2011). Redistributive politics and the rent-seeking behaviour of state agents are considered as main causes of the problems. As my fieldwork reveals, in Tanzania, international land deals are highly politicised and connected with historically contentious issues such as corruption and the ownership rights of foreign economic stakeholders. “Land grabbing” is seen as a menace to the Tanzanian ownership of lands which is one of the nation-founding principles.

These two examples underline that the meanings, definitions and perceptions of “land grabbing” differ according to the national context. They also show the gap between dominant global discourses and local reinterpretations of the problem. This evidence stresses the need for researchers on land deals to consider the cultural, political and historical contexts of their case studies. A shift of focus from a procedural approach of land deals towards a more historical and discourse-based analysis is relevant to grasp the specificities of “land grabbing” in a given district, region or country. “Land grabs” are not a universal development problem – and there simply is no uniform “global land grab.” Understanding the “land rush” as a locally constructed social issue which depends on socio-economic variables can help different stakeholders of the policy process (politicians, experts, INGOs, transnational civil society, etc.) to develop less universalistic approaches (than e.g. guidelines or best practices) to prevent illegal or detrimental land deals. By considering local meanings and configurations of the problem, policy programmes and initiatives can be designed in a way to formulate more apt solutions to contentious land deals.

* interview with a high official of an agricultural project in Tanzania, 28/04/2015 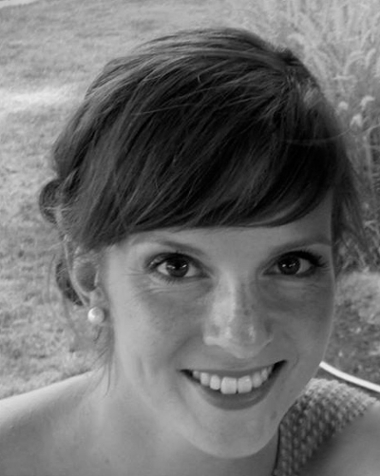 Sina Schlimmer is a PhD candidate in political science at Sciences Po Bordeaux in France and affiliated to the research laboratory Les Afriques dans le Monde. She became curious about land deals in Africa during her masters at Sciences Po Bordeaux and through an internship at the GIGA institute in Hamburg at a time when the international hype on the land rush was already in full swing. Through her research on “land grabbing” in Tanzania and by testing different tools of political science, Sina tries to offer new analytical perspectives on a fashionable research objective.

One thought on ““Land grab” or global public problem? The conceptual challenges of a research object in vogue”