The term ‘shrinking spaces’ describes state actions that aim to restrict civil societies’ activities. In this article I investigate in how far spaces for civil society action are also influenced by changes in land control by looking at two cases of large-scale land transformations in Senegal.

In recent years the adoption and manipulation of laws to restrict civil society organizations’ abilities to register, protest, and access resources, or force their closure and deregistration have strongly increased. The International Centre of Not-for-profit-law counts 64 restrictive laws and regulations that have been passed by governments since 2015. Prominent examples are the civil society regulations recently established in Ethiopia and Cambodia. So far the debate focuses particularly on shrinking spaces for human rights organizations and women’s organizations.

Since the mid-2000s, we have witnessed an increase of large-scale land transformations for a variety of purposes, including agro-industry, nature conservation, tourism and mining. These have been termed ‘land grabbing’ in the critical literature. In order to transform land, investors have to gain control over the areas they want to valorize. One important mechanism to do so is territorialization. According to Peluso and Land, territorialization is a process of spatial, administrative and political reorganization. It refers to the construction of boundaries around resources and people in a specific area – the territory. Vandergeest and Peluso state that territories are often established via laws, political programs or instruments of state administration. The process of creating territories involves determining the acceptable resource use within the area. Territorialization establishes control over land, but also over people. Within such territories, resources and people have new rules imposed on them. To create stable territories, state and corporate actors employ a variety of discursive strategies in order to gain a certain degree of legitimacy for their land claims.

I argue that territorialization as a mechanism of establishing land control changes spaces for CSOs in rural areas. I will illustrate this by looking at the conflict over the Sabodala gold mine in Senegal.

The Sabodala mine is the first industrial gold mine in Senegal. It is owned by the Canadian company Teranga Gold. The state attributed mining concessions to the company which established new rules within this new mining territory. Artisanal and small-scale mining is now forbidden in the concession area. Both the company and state officials criminalize artisanal miners for trespassing and illegal mining on concession land to delegitimize the artisanal miners’ claims to the land.

This makes it difficult for NGOs to publicly support artisanal miners in their struggles for access to artisanal mining sites, since they are quickly associated with illegal activities. The mine itself is encircled by fences and highly secured. Watchmen and private security forces are employed by the company to control the open pits. Increased surveillance through company and state security forces also stretches beyond the mine and the pits to include much of the concession area. The streets passing by the mine and leading to the villages surrounding the mine are constantly patrolled by corporate security personnel. This constrains civil society organizations’ actions of gathering information on the mining operations. However, their work is key in organizing and supporting the largely marginalized groups living in the mining area.

Besides delimiting the concession area, the state created a new administrative unit (arrondissement) comprising most of today’s concession area. As such the state engages in territorialization by claiming control both over land but also over the landed profits in an area that has previously only seen a limited state presence. Several new police stations and an office of the state representative (sous-préfet) were opened in the area. Activists who mobilize around mining issues report to have been interrogated several times after having organized assemblies to organize and inform the village population (personal interview, March 2015).

Territorialization refers to the construction of boundaries around resources and people in a specific area – the territory. This can shrink spaces for CSOs’ actions in rural areas.

Local CSOs further report that the sous-préfet intervened several times when CSO activists wanted to visit the villages surrounding the mine to gather information or to organize protest events. The state authorities also excluded CSOs from the negotiations of compensation payments in which they had played a central part in previous years. In 2009, when violent protests addressing the expansion of the mining sector broke out in the regional capital Kédougou, state actors threatened one NGO involved in the protests, albeit not as lead organizer, to take away their license (personal interview, March 2015).

Thus, territorialization in Sabodala took place on different levels: new administrative units were produced as well as a new mining territory. The territorial strategies used by state and corporate actors impacted the way CSOs were able to act within the area.

These examples show that shrinking spaces are not only a matter of changing laws for civil society organizations. Processes of territorializing also impact the space for actions of CSOs. New territories are forged by state actors and companies alike that impose new rules and regulations for CSOs and local communities within a certain area. However, this does not necessarily mean that civil society actions diminish in these areas.

CSOs and activists adapt their strategies and tactics to the new conditions and build new alliances to circumvent attempts to constrain their activities. For example they develop new identities for artisanal miners, presenting them as poor peasants who also do artisanal mining part time as an economic necessity in order to circumvent the criminalization of such groups. They also team up with research institutes from the Global North who are less likely to face repression from state officials. In the context of large-scale land transformations the control over land and land-based profits as well as the configuration and scope of government authority over a certain area are renegotiated. This provides incentives for CSOs to become active – even though state authorities and multinational companies try to restrict their spaces for action.

For further information on the Sabodala gold mine, artisanal mining, and CSOs’ actions in the area, you can continue by reading Louisa’s recent GLOCON Working Paper. 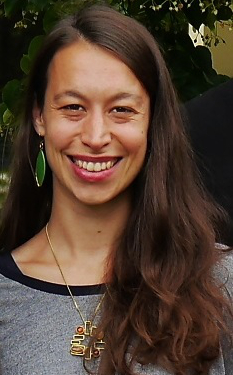 Louisa Prause is a Ph.D. candidate at Freie Universität Berlin. In her thesis she analyzes differences and similarities in conflicts over large-scale land transformations in the mining and agricultural sector. She works as a researcher in the junior research group “Global Change-Local Conflicts?” louisa.prause@fu-berlin.de; www.land-conflicts.net

2 thoughts on “Land Grabs as ‘Shrinking Spaces’ for Civil Society?”