In Sierra Leone, the livelihoods of the majority of the population, particularly the rural poor, are based on secure and equitable access to land, fisheries and forests. Increasing pressure on these resources in the last decade alongside their highly unequal distribution have contributed to disputes and conflict over access and user rights, which were already a key driver of the Sierra Leone civil war from 1991-2002.

In response to this challenge, in 2014 the Government of Sierra Leone, with support from FAO, launched the process of implementing The Voluntary Guidelines on the Responsible Governance of Tenure of Lands, Fisheries and Forestry (VGGT). This comprehensive multi-stakeholder effort aims at bringing government entities, the private sector and civil society together to strengthen land, fisheries and forestry tenure governance through addressing gaps in law and practice. It places special attention on consultation and participation in tenure governance reforms as well as on crosscutting issues such as gender, recourse mechanisms and the legal framework.

The application of the VGGT principles can contribute to democratizing resource politics. However, interpretation of the principles can be contested, and therefore the implementation is dependent on political will and strong civil society support. This article touches on the positive trend around the interpretation and implementation of the VGGT in Sierra Leone, in order to highlight achievements made as well as remaining challenges and to explore the question why Sierra Leone is seen by many as a best practice example for meaningful tenure reform.

The Tenure Guidelines as catalyzer for inclusive policy dialogue

The VGGT are an unprecedented international agreement aimed at helping governments safeguard the rights of people to own or access land, forests and fisheries. They outline principles and practices that states can refer to when making laws and administering land, fisheries and forests rights. The VGGT were endorsed in a landmark decision by the Committee on World Food Security in 2012. Five years down the road, the VGGT are seen as a “game-changer” from a global perspective: As documented, many countries, including Sierra Leone, have used the VGGT to:

The Sierra Leone case stands out, though, as the VGGT implementation process has led to a robust institutional framework and greatly influenced the shape of a new National Land Policy, which aspires to move towards a clearer, more effective and just land tenure system. VGGT-based recommendations have also been proposed for the ongoing review of the draft Forestry Act, Fisheries Bill and Investment Approval Process.

The first step towards implementing the VGGT in Sierra Leone in 2014 was the creation of an inclusive multi-stakeholder platform for improved dialogue on tenure governance. The platform has more than 100 stakeholders, including representatives from national and local government, traditional leaders, civil society, farmer organizations, landowners, religious groups, the private sector, academia and international development partners. It convenes annually to present recommendations for the governance of the land, fisheries and forestry sectors, and to discuss the way forward for implementing the VGGT in Sierra Leone.

The platform provides a forum where members of the constituencies can actively engage in tenure governance and discuss with the Government in a public arena how to improve management of land, fisheries and forest resources. It also plays an important role in identifying priorities as well as in monitoring progress and achievements. This strengthens accountability, as all stakeholders report to the platform once a year.

In order to ensure effective follow-up and implementation of recommendations made by the platform, VGGT stakeholders created an institutional framework (Figure 1) and clearly defined the mandates, roles and responsibilities of each actor.

The multi-sectoral approach bringing together different stakeholders, who before were more accustomed to work in their different thematic silos, also helped to build a critical mass of informed stakeholders and to coordinate their work on governance of tenure. Especially civil society organisation (CSOs) are benefiting from the new structure, as they now have, the opportunity to engage in an open and critical tenure dialogue with government on a leveled playing field and to share their perspectives in decision-making processes.

Civil society as integral part of the VGGT-implementation

CSOs and networks engaged in tenure governance in Sierra Leone have shown commitment and strong will for partnership and improved collaboration through their active participation in the multi-stakeholder platform and different VGGT committees. This collaboration as well as joint training and awareness raising activities improved relationships and coordination between CSOs and government and made policy-making processes more transparent. CSOs like the environmental and human rights organization Green Scenery provide valuable input on policy and legal drafts, support active implementation of tenure reform processes and point out governance gaps through advocacy.

Furthermore, Green Scenery is now bringing the VGGT to the grassroots level. After benefitting from FAO capacity-building, the organization is offering VGGT-related trainings on tenure policies and legislation to local authorities, community-based organizations, land users, women’s organizations and other local actors. Specific focus lies on the new National Land Policy, the respective roles of local authorities and CSOs within its implementation process and the rights of women in land governance.

Despite the important achievements made over the past years and the received international recognition, a large share of Sierra Leone’s population is still threatened by insecure access to land and other natural resources, since the ongoing reform processes have not yet been properly enforced through new coherent legislation. For now, some long-standing disputes between communities and investors remain unresolved, deforestation is continuing and the livelihood of artisanal fishermen is threatened by illegal, unreported and unregulated (IUU) fishing.

In order to tackle these existing challenges, meaningful contributions from civil society actors, especially at the community level, are necessary. Therefore, it is paramount to further strengthen the capacities and understanding of these actors aiming at their full and informed participation in national policy dialogues. There is still need for stronger grassroots involvement to move the debate to the level of the affected people on the ground, which will be the key condition for peaceful and sustainable tenure governance reform in the country. 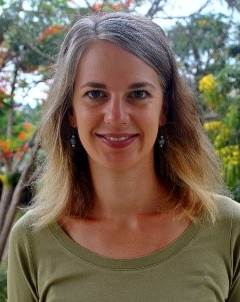 As Advisor for Natural Resources Management and Good Governance within the Civil Peace Service Program of Arbeitsgemeinschaft für Entwicklungshilfe (AGEH), Sandra Koch supports the Sierra Leonean CSO Green Scenery in its lobby and advocacy efforts for equitable land rights since 2015. Before, she worked as a PR Executive for the Federal State Government of Rhineland-Palatinate, Germany. Ms. Koch studied at Johannes Gutenberg (Mainz) and Robert Schuman (Strasbourg) Universities and holds a Master in Political Science. 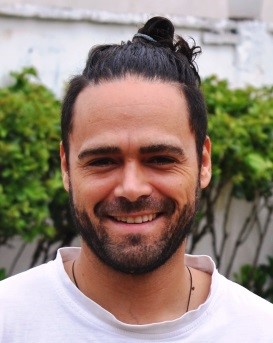 Christian Schulze works as Natural Resources Management Officer for FAO and coordinated the VGGT-implementation in Sierra Leone and Liberia since November 2014. Prior to his engagement with FAO, he worked as Advisor for the Gesellschaft für Internationale Zusammenarbeit (GIZ) in Germany (2012-14) and Rwanda (2010-12) on agriculture, rural development and land related matters. Mr. Schulze studied at Johannes-Gutenberg University Mainz and Cardiff University and holds a Master’s Degree in Political Science.