A small village in the northern part of Ghana: Together with my research assistant and eleven other men – the elders of the village – I am sitting in the shade of a big sheanut tree. Shortly before I already made a courtesy call on the chief of the village. I paid him my respect by presenting him the obligatory drinks money before asking him for his permission concerning the upcoming interviews with his elders. These days he is old and fragile. Yet, few years earlier he was the one who decided – in consultation with his elders – to lease out thousands of hectares of community land to a Norwegian company.

“That’s an exciting question. I used to think about that myself and it’s definitely worth tackling this issue” – that is how a colleague and long-standing Ghana expert commented my considerations. After a short break, he added “but I always felt like the process of familiarizing myself with all the details of the protocol that you have to respect when you deal with traditional authorities would be to complex”. And he wasn’t all that wrong. Yet, during my research it turned out that protocol was not the only challenge. Rather, the challenges in researching the role of traditional authorities are as diverse as the group itself. Traditional authorities, their organizational structure, and the orally transmitted norms and regulations that determine their way of acting have evolved over time. They are negotiated within society and are fluid and flexible. They do not only differ from country to country, but also from region to region and even from village to village. The same might apply to the protocol. For me as a researcher this means that I constantly rely on someone who knows the local customs. Research assistants are indispensable, but not omniscient. Thus, they also rely on a third person for consultation. A challenging process.

Depending on the social position of the traditional authority, the challenge already starts with the interview request. Is it possible to just drop by and ask for an appointment or hope for a little time slot to conduct my interview? Or is it more appropriate to write a formal letter of request? Sometimes the answer is “neither nor”. It is for example very unlikely to get an interview appointment with traditional authorities in very high-ranking positions on district or regional level, for example. However, in most of the cases it is possible to talk to one of his advisors. All we needed was a little luck and a lot of perseverance. At the local level, it is usually less complicated to organize or conduct interviews. Nevertheless, there are significant differences that can impact the interview situation. One village chief might be a highly educated man with international networks and several years of international experience who quickly hides his smartphone in the folds of his customary dress at the beginning of our conversation. Another chief in the same position is maybe a carpenter who left after primary school to generate an income for his family.

Once the interview is arranged the next challenge comes up: communication, which is essential to any conversation. In my opinion, it is most challenging if traditional authorities communicate only through their so-called linguist. The linguist is one of the many advisors to the chief and acts, inter alia, as an intermediary between the chief and his interlocutor. Since the chief is supposed to embody the ancestors, out of respect, one may not talk to the chief directly, but address the word to his linguist, who will then speak “the language of the dead” to the chief. The chief, for his part, will address the linguist, who will then translate what is said into the language of the living. Obviously, this indirect form of conversation is complicated and stiff. The flow of conversation is restrained and the atmosphere very formal and reserved.

Yet, also other less obvious factors influence and complicate communication. Hierarchic power structures and dependent relationships between different traditional authorities affect the flow of information and create a situation that does not allow open communication. If the position or respect of a village chief depends on the legitimatization by a higher chief, it is self-evident that he would leave out information that could threaten his own position. Therefore, ”genuine“ motives and criticism often remain unsaid. This proved also true for other interview partners. My impression was that direct dependence of land users on traditional authorities and the underlying power structures often led to an unquestioned reproduction of the chiefs’ opinion and statements. This is strongly reflected in focus group discussions, a method that is often preferred by the interviewees over individual interviews. In a setting similar to the one described at the beginning of this article, it is common that only two or three persons participate in such a discussion whereas the others emit only some affirmative murmurings.

Another challenge is the payment of drinks money to traditional authorities. A seemingly long tradition legitimizes this practice and following this rule seems inevitable. For a long time, it was custom to hand the chief a bottle of schnapps or some cola nuts as a sign of respect. Nowadays, cash replaced schnapps and cola nuts in most cases. Consequently, I had to drop my ideological intent not to pay my interlocutors. Instead, I tried to justify this practice. Yes, of course, my interview partners devote a lot of time to me and my research. They even might neglect their income generating activities. Also, it is always difficult to explain that even though they do not benefit directly from my research the findings and results might have a positive long-term effect.

Then again, monetarization of research is categorically problematic. After all, I cannot choose my interview partners freely if I pay them. It is very likely that those who would have not been chosen and in turn would not earn any cash would be discontent with the way of conducting research. And wouldn’t the exchange of cash for interviews suddenly encourage everyone to talk to me pretending to have relevant information? Moreover, this practice would quickly overstretch many field research budgets beyond any tolerable level. Only those who have enough funding could continue their research. No, that can certainly not be a solution.

All these reflections make clear that the key challenge in field research is to adapt flexibly to the given circumstances. We have to go along with the particular settings of our research context and gain a sense of what behavior is appropriate in the respective context. And most importantly: Let’s make the best of every single situation! 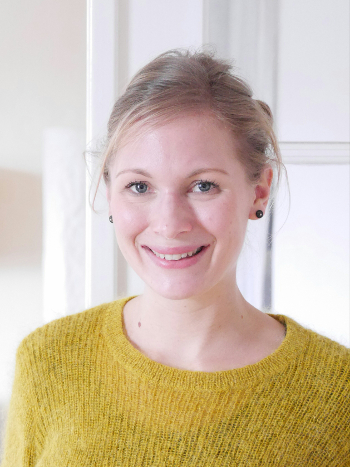 Sarah Kirst is doctoral researcher in the Junior Research Group “Global change – local conflicts?” based at Freie Universität Berlin, Germany. Her research focuses on conflicts over land and natural resources, land and belonging and large-scale land use change in sub-Saharan Africa.