by Sören Köpke, University of Braunschweig – Institute of Technology

The conflict dimensions of large-scale land acquisitions and water management issues have gained a lot of scholarly attention over the last decade. A small, but growing research community is investigating the social consequences of extractive industries. There is a need for integrative approaches bringing these topics together – inquiries into the food-water-energy-mining nexus.

In the towns, villages and cities of China’s north-eastern Inner Mongolia, ethnic Mongolian herders frequently gather to protest against environmental destruction. Among their grievances are semi-forced resettlement programs that displace them to the cities; but also the contamination of water through industrial pollution and the degradation of grazing land as a result of large, open-pit coal mining operations. The companies implicated in environmental destruction are often state-owned. “Protect our Grasslands” is a central claim of the pastoralists. The government holds the herders themselves responsible for land degradation, claiming that overgrazing is a major environmental issue while ignoring the adverse effects of Inner Mongolia’s rapid industrial development. Now, this clearly is an environmental conflict – but what is it about, is it a land conflict or a mining conflict? And how useful is the distinction between both?

I argue in this post that there are underlying patterns that connect environmental conflicts over land, water, fossil fuels, and mining that need to be addressed. Instead of presenting a full-scale theory or conclusive answer, I strive to ask some questions that I came across in my reading of different exemplary conflicts and their theoretical framing. In this sense, I add some new pieces to the puzzle that is made up by environmental conflict as a multi-faceted empirical phenomenon.

Land and mining conflicts, especially in the context of developing countries, have closely interconnected dynamics. Nancy Peluso recognizes a “smallholder slot” in West Kalimantan, Indonesia, where livelihood strategies have shifted from subsistence-based cultivation to mining-related activities. Amber Huff shows that mining-related operations in Southern Madagascar now have impacts on a similar scale to the conflicts related to land acquisition that have made headlines some years ago. Anthony Bebbington and Mark Williams have researched how the adverse impacts of mining on water resources incite conflict in the Peruvian Andes. These examples highlight the pervasiveness of linkages between land, water and mining conflicts. While producing context-rich case studies is great, there is also a need for more theoretical comprehension and more conclusive explanations.

The Environmental Justice Atlas, which maps instances of environmental conflict around the globe, discerns between eight different categories. Hence, “Mineral Ores and Building Materials Extraction”, “Fossil Fuels and Climate Justice/Energy” as well as “Nuclear” and “Biomass and Land Conflicts” make up different categories, and they are further divided in a rather fine-grained typology of more than 50 types of conflict. While the disaggregation of conflict types has obvious advantages for some kind of research, a too-narrow perspective might cloud the view on interlinkages and parallel developments in different areas of environmental change and conflict.

While sometimes criticized for its positivist or apolitical outlook, the concept of the water-energy-food nexus addresses questions of interconnectivity. Problem complexes like agrofuels and food security, or climate change and hydropower, are discussed within the scope of the nexus. I suggest that the nexus should also encompass mining issues (including mining of fossil fuels).

Such an encompassing perspective reflects the complexity and interlinkages of these various issues. For instance, there are similar mechanisms behind land grabbing, water grabbing, extractivism of fossil fuels, and mining conflicts. Foreign direct investment, political corruption, environmental damage threatening livelihood strategies of affected people, suppression of local protest – these are recurring features of environmental conflicts over land, water, energy resources and mining. Yet on the other hand there are also differences, which might make narrower perspectives relevant: For example, we encounter different commodity chains, different local and international actors, and varying promises of return on investment.

Moreover, the research perspective needs to go beyond the local manifestations of these conflicts: The political economy of environmental conflict is local and globalized, site-specific and yet linked to the desires and consumer decisions of people on the other side of the world. The social metabolism of the globalized middle class is eating up raw materials on a grand scale. Softdrinks and smartphones, flatscreens and designer furniture, fast fashion and packaged convenience food do not only require labor to be produced, but also materials reaped from nature: cotton and timber, rare earths and sugar, palm oil and factory meat made from soy-fed livestock, copper, sand, coal, oil and freshwater.

Still, a sweeping condemnation of late capitalist modernity certainly is not sufficient to explain all these issues. How do we conceptualize environmental conflict in the food-water-energy-mining nexus without falling back onto plain economic determinism? The exploitation and accumulation of natural riches by private actors, facilitated by state power, is only one driver of environmental conflict. Others may be of a geopolitical nature, taking on security dimensions, when control of a territory and resources by violent means (violent “territorialization”) is the key aspect. Communal and ethnic strife may be of importance when groups compete for scarce and valuable natural resources. And socio-political conflicts are at times connected to questions of environmental justice, when affected populations protest the contamination of local natures by industries.

Formulating an integrative theory around the food-water-energy-mining nexus from empirical evidence promises to be fruitful. Adding pieces to the puzzle may help us interpret the image evolving from the seemingly fractionated, local or discrete instances of social conflict over environmental resources. 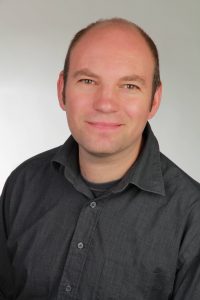 Sören Köpke is a doctoral candidate in political science at the Institute of Social Sciences, University of Braunschweig – Institute of Technology, Germany. His research interests are in political ecology, peace and conflict research, food security and rural development, with a regional focus on Southern Africa and South and East Asia. He has conducted field research in Sri Lanka and Malawi. Sören Köpke is a co-founder and managing editor of the Future of Food Journal, a young academic open access journal published at the University of Kassel, Germany.